Chapagetti is Nongshim’s version of the Chajangmyun Noodles, an immensly popular noodle dish in Korea. Nongshim spent years developing and tweaking the secret Chajang recipe until it tasted just like the common Chajangmyun shops found all over Korea. Making Chajangmyun is a very difficult process that few outside the business are able to do, but Nongshim Chapagetti makes it easy for you to enjoy the taste of Chajangmyun in your own home! 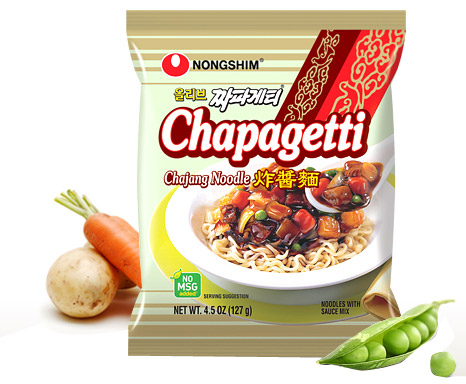 Chapagetti is the fusion of Spaghetti and
a Chinese black soybean paste known as “Chajang”.

What in the World is Chajang?

Chajang is a Chinese black bean sauce that first started appearing in Korea’s port city of Incheon in the 19th century as the city’s Chinese immigrant population grew. The immigrants, mostly from China’s Shandong Province, brought along their traditional cuisine, and among these Chajangmyun seems to have been the most popular. Over the next 100+ years, the dish has steadily evolved to match the taste of Koreans, to the point that though today’s dish is still referred to as Chinese food in Korea, it is considered to be Korean food in China. Today it is one of the most commonly enjoyed foods in Korea, available for delivery at virtually every city and town in South Korea. 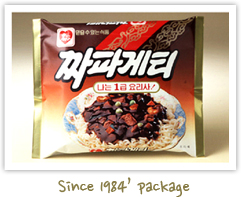 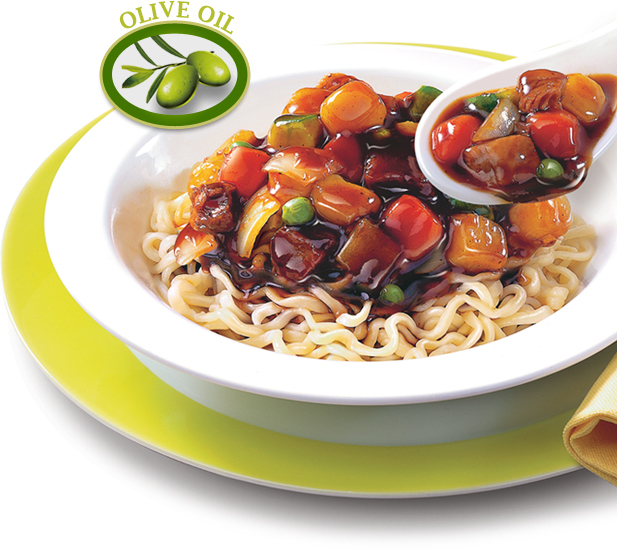 The Taste of Nongshim Chapagetti

Nongshim Chapagetti combines the taste of authentic Chajang with the ramyun noodles that we’ve all grown to love. The chajang sauce has the sweet taste of sweet onions, like any good chajang sauce. Carrot and meat flakes add to the meal, making Chapagetti perfect for whenever the craving for Chajang strikes. Popular extras include crushed chili pepper powder, and a side of yellow pickled radish.

Is Chajangmyun Korean or Chinese?

The origins of Chajangmyun are clear- Chinese immigrants to Korea brought Chajangmyun and other local delicacies to Korea from their native Shandong Province in the 19th century. In those days, there could be no doubt that Chajangmyun was Chinese. However, the years that followed saw the dish adapt to the taste of the local Korean populace. Today it can best be described as a historic and wildly successful fusion between the culinary legacies of two cultures..

One of the main characteristics of Chapagetti is the thick noodles that are reminiscent of the Chajangmyun dish. Nongshim takes great pride in the quality of its noodles, and carefully makes its noodles to be delicious, filling, and to match the character of each product.

Nongshim’s special Chajang sauce just needs water. It was a challenge to produce a sauce that mixes well with water without clotting, but we’ve achieved just the right sollubility to give Chapagetti the right consistency to remind Chajangmyun lovers of the real thing!

Our carefully selected Vegetable Mix has chunks of dried potato, onion, and carrots to go with our delicious chajang sauce. The flakes will make you feel like you’re enjoying a bowl straight from the noodle shops of Incheon! 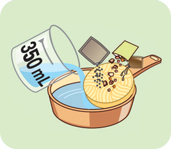 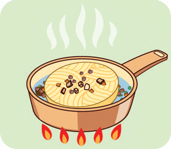 2. Bring to a boil, and then continue cooking for 5 minutes, stirring frequently.

3. Remove from heat and serve. 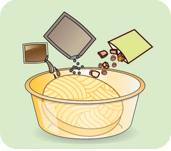 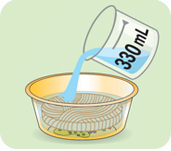 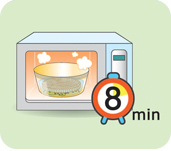 3. Cook for 8 minutes. (When using hot water, cook for 5 minutes.) Mix well until sauce is well coated and serve.
*Try with your favorite vegetables.